Each year, I give talks to groups across the country. You can book any of these talks by contacting me by email or post. See my Contact page. Here are some of my most popular talks: 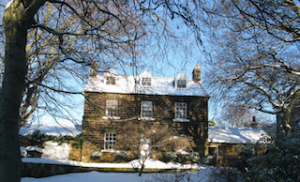 SECRETS OF THE ATTIC:

One bright morning in 2000, I was rummaging through ‘rubbish’ that had been cleared from the roof eaves of a Georgian house in North Yorkshire . . .

My family and I had moved into the house and were renovating it from top to bottom. Mixed in amongst the debris, I came across a Victorian photograph. Then another, and another . . .

I had stumbled on a treasure trove of old photographs, papers and letters that had been hidden in my house for decades. It felt like an amazing stroke of destiny.

As I worked through the material, I began to realize that the letters contained a secret. They were the door to a forgotten love story from the Victorian era.

This treasure trove once belonged to a woman called Annie Bowen and the first letter I found revealed that Annie was in hot pursuit of a ‘vile woman’ who had run off with her husband. His name was Gus, a charming but unreliable cad, and the letter turned out to be the start of an astonishing journey.

I give three talks in this very popular series, each freestanding (talks 2 and 3 offer brief recaps). Little by little, I peel back the layers of Annie’s romance. 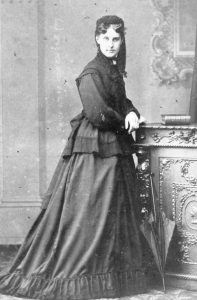 THE WOMAN IN QUESTION

In February 1887, a woman came to W.T. Stead, the most celebrated and controversial journalist of the age, and told him a story.

Stead published the story in the Pall Mall Gazette and it became a worldwide sensation.

Her name was Mildred Sabine Palliser Langworthy (Millie), the daughter of an Irish gentleman who had fallen on hard times. The day after she learned of her father’s crisis, Millie came to England to make her own way in the world.

She made a career for herself as a teacher and in 1881, went to Paris where she met a wealthy Englishman.

They fell in love and he invited her to join him on his luxury yacht . . .

Find out more about this notorious Victorian scandal . . .