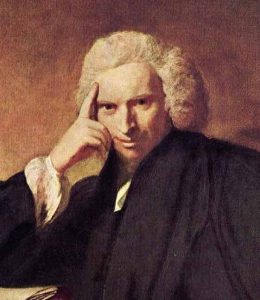 This is the story of the great eighteenth-century novelist, Laurence Sterne, (left) and his close friendship with John Hall-Stevenson – better known as ‘Crazy Hall-Stevenson’. 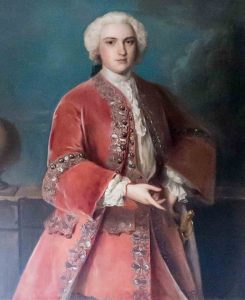 Here is a wonderful portrait of Hall-Stevenson from the 1740s. 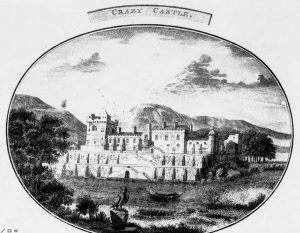 They often met in Skelton Castle, close to where I live in the North of England – better known as ‘Crazy Castle’.

For Sterne and Hall-Stevenson the idea of ‘crazy’ was bound up with a wild sense of creativity, a willingness to break with convention and head off into ‘the beautiful oblique’. 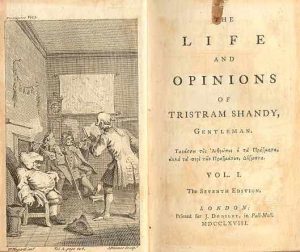 Sterne captured this in his masterpiece, Tristram Shandy, but the two men lived their own craziness too, and were part of a group of like-minded gentlemen who met each year at Crazy Castle in Skelton and called themselves ‘The Demoniacs’.