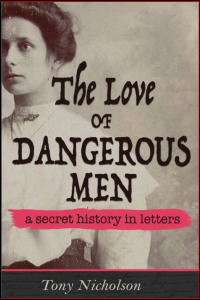 One bright spring morning in 2000, I was rummaging through some old bags of rubbish. They had been cleared from the roof eaves of a Georgian house in North Yorkshire that my family and I had just begun renovating. Mixed in amongst the debris, I came across a Victorian photograph. Then another, and another . . .

I am a professional historian and incredibly I had stumbled on a treasure trove of old photographs, papers and letters that had lain hidden in his house for decades. It felt like an amazing stroke of destiny.

As I worked through the material, I began to realize that the letters contained a secret. They were the door to a forgotten love story from the Victorian era.

This treasure trove once belonged to a woman called Annie Bowen and the first letter I found revealed that Annie was in hot pursuit of a ‘vile woman’ who had run off with her husband. His name was Gus, a charming but unreliable cad, and the letter turned out to be the start of an astonishing journey.

THE LOVE OF DANGEROUS MEN tells the story of that journey.